Nick, Karen and Ashley have over forty years experience in the funeral industry between them. 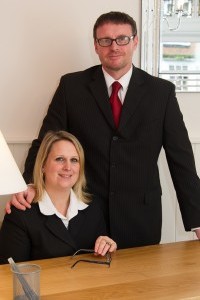 Both Nick and Karen have lived in the surrounding area all their lives, and have been happily married for eighteen years. At present, both live in Burgess Hill with their two children.

They are committed in providing a personal and dignified funeral service, at an extremely difficult time.

The Loss of Ashley’s Grandfather in 2013 saw the start of his career in what he now describes as “A way of life.” During his time within this conglomerate business he was promoted to Funeral Director, however began to realise that there was a much better way of looking after families and their loved ones. Ashley eventually decided to leave the conglomerate world behind, in pursuit of a career in the independent sector.

Ashley says that the difference between the conglomerate and independent worlds is astounding and he is glad to be on the “right side of the fence.” He considers it a privilege to take care of Families and their loved ones at such a difficult time in their lives. 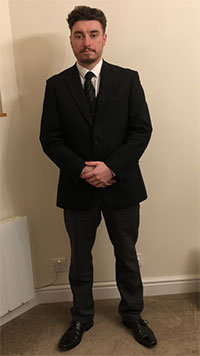 As of 2016 we are proud to introduce our latest member to our team:- Connor, Nick and Karen’s son.

Having descended from a generation of Funeral Directors, it feels only natural, that Connor joins a dynasty of well established family professionals, and continues to learn the family, and independent way of Funeral Directing.

2021: Connor is gaining more experience & know wishing to learn more within our family business. Connor one day in the very near future wishes to be able to follow in his dad’s footsteps of Conducting and looking after families on the day of their loved ones service. He will be learning from the best & he understands it takes time to learn. Connor knows that families only get one chance in saying goodbye so this needs to be right on the day.

Parking is available in a public car park just two minutes away behind our office.

This website uses cookies to improve your experience while you navigate through the website. Out of these, the cookies that are categorized as necessary are stored on your browser as they are essential for the working of basic functionalities of the website. We also use third-party cookies that help us analyze and understand how you use this website. These cookies will be stored in your browser only with your consent. You also have the option to opt-out of these cookies. But opting out of some of these cookies may affect your browsing experience.
Necessary Always Enabled

Any cookies that may not be particularly necessary for the website to function and is used specifically to collect user personal data via analytics, ads, other embedded contents are termed as non-necessary cookies. It is mandatory to procure user consent prior to running these cookies on your website.